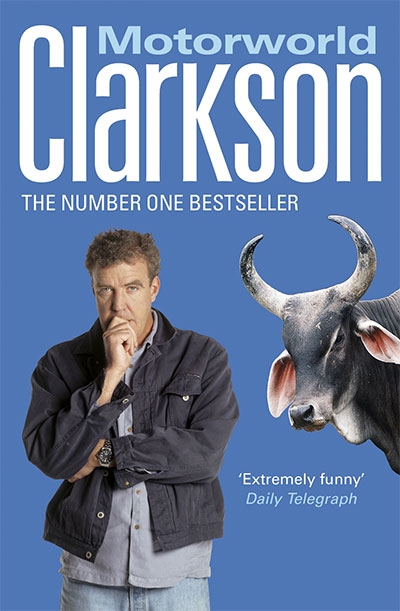 Jeremy Clarkson invites us to Motorworld, his take on different cultures and the cars that they drive.

There are ways and means of getting about that don't involve four wheels, but in this slice of vintage Clarkson, Jeremy isn't much interested in them.

Back in 1996, he took himself off to twelve countries (okay, eleven - he goes to America twice) in search of the hows, whys and wherefores of different nationalities and their relationships with cars. There were a few questions he needed answers to:

• Why, for instance, is it that Italians are more interested in looking good than looking where they are going?

• Why do Indians crash a lot?

• How can an Arab describe himself as 'not a rich man' with four of the world's most expensive cars in his drive?

• And why have the otherwise neutral Swiss declared war on the car?

From Cuba to Iceland, Australia to Vietnam, Japan to Texas, Jeremy Clarkson tells us of his adventures on and off four wheels as he seeks to discover just what it is that makes our motorworld tick over.

'Outrageously funny . . . will have you in stitches' Time Out

Number-one bestseller Jeremy Clarkson writes on cars, current affairs and anything else that annoys him in his sharp and funny collections. Born To Be Riled, Clarkson On Cars, Don't Stop Me Now, Driven To Distraction, Round the Bend and I Know You Got Soul are also available as Penguin paperbacks; the Penguin App iClarkson: The Book of Cars can be downloaded on the App Store.

Jeremy Clarkson because his writing career on the Rotherham Advertiser. Since then he has written for the Sun and the Sunday Times. Today he is the tallest person working in British television, and is the presenter of the hugely popular Top Gear.

I Know You Got Soul