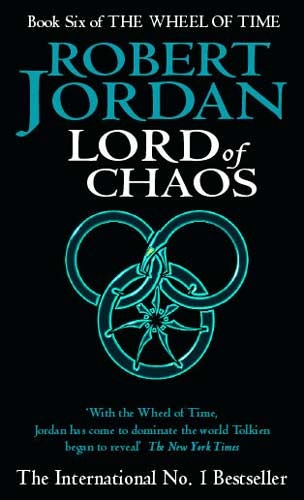 Besplatna isporuka za porudžbine iznad 2.000 dinara
Kako da kupim?
Rand al’ Thor, the Dragon Reborn, strives to bind the nations of the world to his will, to forge the alliances that will fight the advance of the Shadow and to ready the forces of Light for the Last Battle.But there are other powers that seek to command the war against the Dark One. In the White Tower the Amyrlin Elaida sets a snare to trap the Dragon, whilst the rebel Aes Sedai scheme to bring her down.And as the realms of men fall into chaos the immortal Forsaken and the servants of the Dark plan their assault on the Dragon Reborn …

WHEEL OF TIME 11: KNIFE OF DREAMS

CROSSROADS OF TWILIGHT - WHEEL OF TIME: 10

THE GATHERING STORM: The Wheel of Time: Book Twelve

A CROWN OF SWORDS VOL. 7

A MEMORY OF LIGHT: Wheel of Time Book 14

EYE OF THE WORLD

THE FIRES OF HEAVEN

A CROWN OF SWORDS

THE PATH OF DAGGERS

THE WORLD OF ROBERT JORDAN'S WHEEL OF TIME

WHEEL OF TIME 4 THE SHADOW RAISING