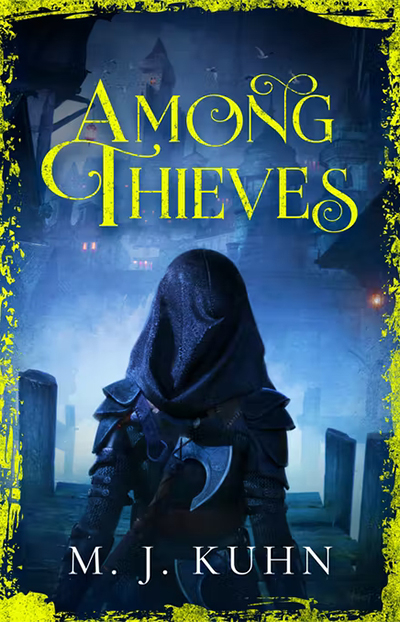 A high-stakes heist novel set in a gritty world of magic and malice.

Who needs friends when you have axes?

Ryia 'the Butcher' Cautella has earned her reputation as the quickest, deadliest blade in the city - not to mention the sharpest tongue. But Ryia Cautella is not her real name.

A deadly secret has kept Ryia in hiding, running from city to city, doing whatever it takes to stay one step ahead of the formidable Guildmaster - sovereign ruler of the five kingdoms. But even the most powerful men can be defeated.

One last impossible job is all that stands between Ryia and her freedom - but even the Butcher can't do it alone. She teams up with the Saints, a crew of uniquely skilled miscreants, smugglers and thieves, to carry off a death-defying heist into the most tightly guarded island in the kingdoms - the Guildmaster's stronghold.

Unfortunately for Ryia, her new allies are all planning betrayals of their own...