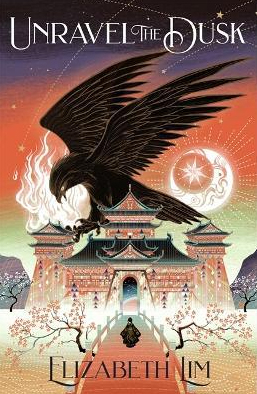 Three magical gowns. Two kingdoms on the brink of war. One chance to save them all.

Maia Tamarin proved her skill as a tailor when she wove the dresses of the sun, the moon, and the stars, but it will take more than a beautiful gown to hide the darkness rising up within her, in the stunning sequel to Spin the Dawn.

Maia Tamarin's journey to sew the dresses of the sun, the moon and the stars has taken a grievous toll. She returns to a kingdom on the brink of war, while Edan, the boy she loves, is gone - perhaps forever.

No sooner does she set foot in the Autumn Palace than she is forced to don the dress of the sun and assume the place of the emperor's bride-to-be. But the emperor's rivals learn of her deception, and there is hell to pay - yet the war raging around Maia is nothing compared to the battle within.

Ever since she was touched by the demon Bandur, she has been changing: losing control of her magic, her body and her mind. It's only a matter of time before Maia loses herself completely, but until then she will stop at nothing to find Edan, protect her family, and bring lasting peace to her home.

The stakes are higher than ever in this breathtaking sequel to Spin the Dawn.