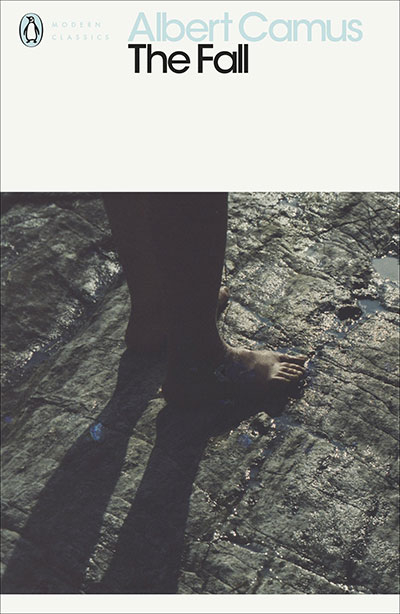 A philosophical novel described by fellow existentialist Sartre as "perhaps the most beautiful and the least understood" of his novels, Albert Camus' The Fall is translated by Robin Buss in Penguin Modern Classics.

Jean-Baptiste Clamence is a soul in turmoil. Over several drunken nights in an Amsterdam bar, he regales a chance acquaintance with his story. From this successful former lawyer and seemingly model citizen a compelling, self-loathing catalogue of guilt, hypocrisy and alienation pours forth. The Fall (1956) is a brilliant portrayal of a man who has glimpsed the hollowness of his existence. But beyond depicting one man's disillusionment, Camus's novel exposes the universal human condition and its absurdities - for our innocence that, once lost, can never be recaptured ...

Albert Camus (1913-60) is the author of a number of best-selling and highly influential works, all of which are published by Penguin. They include The Fall, The Outsider and The First Man. Awarded the Nobel Prize for Literature in 1957, Camus is remembered as one of the few writers to have shaped the intellectual climate of post-war France, but beyond that, his fame has been international.

If you enjoyed The Fall, you might like Jean-Paul Sartre's Nausea, also available in Penguin Modern Classics.

"Camus is the accused, his own prosecutor and advocate. The Fall might have been called "The Last Judgement" " - Olivier Todd

Exile And The Kingdom: Stories

The Myth Of Sisyphus

Caligula And Other Plays