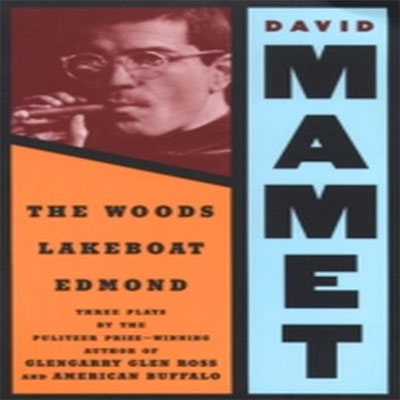 Besplatna isporuka za porudžbine iznad 2.000 dinara
Kako da kupim?
"The Woods", described by the Chicago Daily News as a "beautifully conceived love story," is a modern dramatic parable in which a young man and woman who spend a night in his family's cabin experience passion, then disillusionment, but are in the end reconciled by mutual need.

In "Lakeboat", eight crew members aboard a merchant ship exchange their wild fantasies about sex, gambling, and violence.

In "Edmond", a man set morally adrift leaves an unfulfilling marriage to find sex, adventure, companionship, and, ultimately, the meaning of his existence.


Of The Woods, Richard Eder of The New York Times wrote that Mamet's "language has never been so precise, pure, and affecting."

Michael Feingold in The Village Voice praised "Lakeboat" for its "richly overheard talk and its loopy, funny construction."

Jack Kroll of Newsweek called "Edmond" "a riveting theatrical experience that illuminates the heart of darkness."