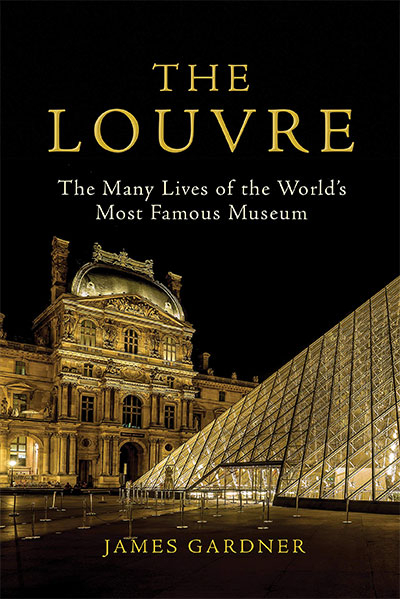 The Louvre: The Many Lives Of The World’s Most Famous Museum

Some nine million people from all over the world flock to the Louvre each year to enjoy its incomparable art collection. Yet few of them are aware of the remarkable history of that place and of the buildings themselves - a fascinating story that historian James Gardner elegantly chronicles in the first full-length history of the Louvre in English.

More than 7,000 years ago, men and women camped on a spot called le Louvre for reasons unknown; a clay quarry and a vineyard supported a society there in the first centuries AD. A thousand years later, King Philippe Auguste of France constructed a fortress there in 1191, just outside the walls of a city far smaller than the Paris we know today. Intended to protect the capital against English soldiers stationed in Normandy, the fortress became a royal palace under Charles V two centuries later, and then the monarchy's principal residence under the great Renaissance king Franðcois I in 1546. It remained so until 1682, when Louis XIV moved his entire court to Versailles. Thereafter the fortunes of the Louvre languished until the tumultuous days of the French Revolution when, during the Reign of Terror in 1793, it first opened its doors to display the nation's treasures. Ever since-through the Napoleonic era, the Commune, two World Wars, to the present-the Louvre has been a witness to French history, and expanded to become home to a legendary collection, including such masterpieces as the Mona Lisa and Venus de Milo, whose often-complicated and mysterious origins enliven a colorful narrative that rivals the building's grand stature.