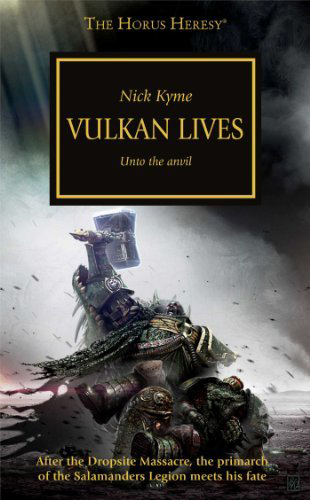 In the wake of the Dropsite Massacre at Isstvan V, the survivors of the Salamanders Legion searched long and hard for their fallen primarch, but to no avail. Little did they know that while Vulkan might have wished himself dead, he lives still...languishing in a hidden cell for the entertainment of a cruel gaoler, his brother Konrad Curze. Enduring a series of hellish tortures designed to break his body and spirit, Vulkan witnesses the depths of the Night Haunter's depravity, but also discovers something else - a revelation that could change the course of the entire war.