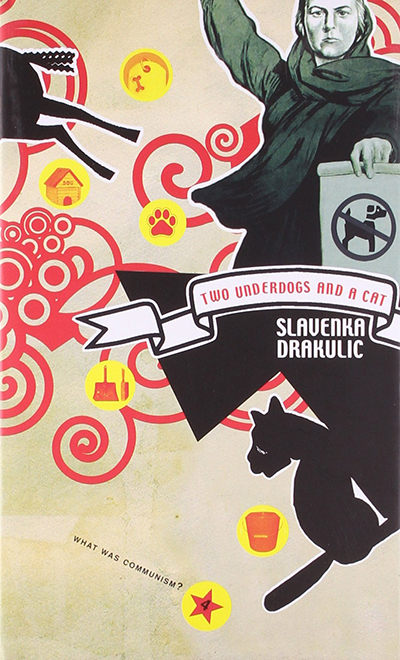 Two Underdogs And A Cat: Three Reflections On Communism

Besplatna isporuka za porudžbine iznad 2.000 dinara
Kako da kupim?
Croatian writer Slavenka Drakulic here presents an unorthodox, imaginative take on the transition from Communism to capitalism in the former Soviet Union. Three characters - a dog, an underdog, and a cat - offer the reader narratives that reflect on life under Communism and what has followed in its wake. The first, "An Interview with the Oldest Dog in Bucharest," is about a dog named Charlie, whose mother, Mimi, together with thousands of other pets, was thrown out into the street during the Ceausescu regime. In this interview, Charlie describes how not only people but animals, too, became victims during the destruction of downtown neighborhoods in Bucharest in order to build a pyramid-like 'Palace of the People'. In "A Guided Tour of the Museum of Communism," a sixty-year-old souvenir vendor-cum-cleaning woman in Prague reflects upon the meaning of such a museum and concludes wryly that she herself is possibly the museum's best exhibit. Finally, "A Cat-keeper in Warsaw" describes an encounter with a person "of feline origin" who claims to be in possession of the cat-keeper called 'General' who declared martial law in Poland on December 13, 1981. The three stories are unified by powerful, but troubling questions: Are democracy and capitalism really a change for the better? Is the idea of social justice lost forever? Is there such a thing as collective responsibility? And how do we remember and understand our past?