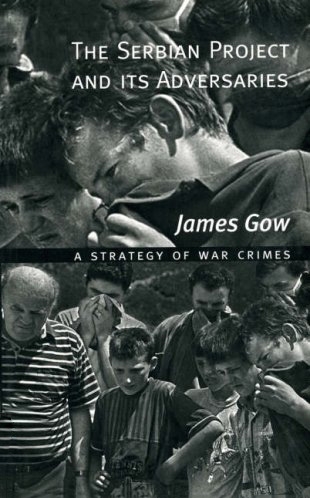 The Serbian Project And Its Adversaries: A Strategy Of War Crimes

Besplatna isporuka za porudžbine iznad 2.000 dinara
Kako da kupim?
This work offers a military-political analysis of the Yugoslav war. James Gow identifies the core of the war in Slobodan Milosevic's Serbian strategic project to create and consolidate borders through ethnic cleansing, and at the same time considers the approaches to the war of each of Belgrade's adversaries. The work is based on research for the Office of the Prosecutor at the International Criminal Tribunal for the former Yugoslavia, and on interviews and Yugoslav materials. Its point of departure is the importance of this material to the practical need legally to establish jurisdiction to hear cases at The Hague Tribunal and of the conceptual distinction between acts of war, on the one hand, and war crimes and crimes against humanity, on the other. Gow argues that the Serbian strategy at the heart of the war was in essence criminal - a strategy of war crimes. Despite this, a strategic understanding may, controversially, mitigate some of the charges against Serbian military-political leaders.